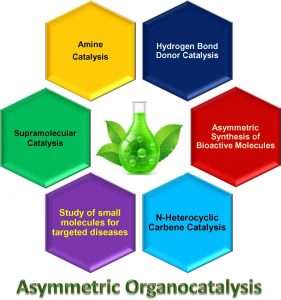 Asymmetric synthesis is one of the most demanding areas of research in the pharmaceutical industry due to the importance of single enantiomers as drug molecules over the racemic mixtures. Asymmetric catalysis, chiral pool synthons, and resolution processes are the major approaches in asymmetric synthesis. Among them, asymmetric catalysis is considered to be the most attractive method due to the requirement of least quantity of chiral source. Recently, organocatalysis has emerged as a new catalytic methodology, where purely organic molecules are used to catalyze chemical reactions. Our group focuses on the development of novel organocatalysts and catalytic methodologies for the asymmetric synthesis of bioactive molecules. We also study the bioactivity of small molecules in targeted diseases in collaboration with biological science researchers. 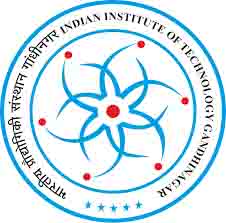